skip to main | skip to sidebar

Happening today, in a couple of hours. This is considered routine.

On Wednesday, Dr. Adam M. Bowman removed the cataract in my left eye, and replaced it with a device manufactured by Alcon Laboratories, Inc.

The value of struggle

I share with Julián Castro a story about immigrant grandparents.

Both his grandmother Victoria and my father's grandfather Nicholas Muhlestein came to this country, learned the language, found work, and struggled and sacrificed so that their children and grandchildren could have a better life.

Mayor Castro wrote, "In the end, the American dream is not a sprint, or even a marathon, but a relay. Our families don't always cross the finish line in the span of one generation."

In both cases, the grandchildren of the immigrant honor their grandparent, and honor the struggle that led to a better life for them and their children.

The difference between our stories is a couple of generations. But if the grandchildren of Nicholas had been inclined to provide everything for the poor of their generation, then Victoria wouldn't have had to struggle. And Julián might not have even come into being, and certainly wouldn't be honoring his grandmother's struggle as such.

Ought we not to allow those who are entering America in this generation the right to struggle? So that their grandchildren can honor them for the better life provided in the third span of the relay race?

This concerns not only immigrants from other countries, but also those whose families have been in America for generations who are now awakening to the possibilities of the American dream. The first span of the relay race is struggle. The second is consolidation of gains from the first. The third can be full success in the American middle class, perhaps even political success, like Julián and his twin brother, Joaquín.

The only question is, where is the starting point? And should it still involve a relay race span of struggle? Or can we afford to let everyone start the relay race in the second or even the third span?
Posted by Bruce Conrad at 5:19 PM 1 comment:

There is another aspect of fair. And that is equal pay for equal work. It is unacceptable when one category of worker is paid less than another.
Posted by Bruce Conrad at 8:36 PM 5 comments:

Fair sounds like a good idea. We learn as children how to share, say, a piece of cake, equally.

That works well for cake. What about the world's wealth?

Should that be shared equally too? Should every man, woman, and child have and control an equal amount of the world's money?

Here's an interesting thought experiment, proposed to me by my uncle when I was a youth. Suppose somehow, that all the money in the world could be brought together in one place and then distributed equally (fairly?) to every person in the world.

The question then, is what would the world look like two, three, or five years later? He convinced me that the distribution of wealth would look much the same as it did before the redistribution, with the majority of the wealth in the hands of relatively few, those who are lucky/smart/clever/ruthless enough*.

If your idea of fairness exactly matches equality, then what is the fair share of taxes which the wealthy should pay? Probably pretty close to the 100% or more of income that has been suggested by some thinkers.

Others believe that fairness means equal opportunities, with the outcome being success for those who are lucky/smart/clever/ruthless enough.

Everyone starts out being able to take advantage of the various opportunities provided by the community. These include various kinds of infrastructure. Some are provided by private interests (e.x. railroads). Others are provided by government and paid for by taxes from a previous generation of successful business people (e.x. Interstate highway system).

Of course, as to the infrastructure, our contestants did not build that. However, as to the business itself, they did build that.

The accumulated wealth of the lucky/smart/clever/ruthless belong to them, and since taxes are inevitable, they ought to pay their fair share. Equality might get involved in the definition of "fair" by asking them to pay the same percentage of their income as do the rest of us.

This post started with "fair" meaning equal share of GDP, and ends with an opposing view meaning equal percentage of earnings/income.

What is your view?

*choose your description, knowing that your choice will say as much about you as it does about them

Big word for a simple concept. The term is normally used to describe a large shift in scientific thinking. This post describes a couple of small shifts in personal thinking.

On Saturday, as I examined a large tree, I noticed a 6d nail protruding from its bark. Diagram here, with the tree on the left, showing only the bark, with the part of the nail inside the tree colored gray.

Knowing a bit about nails and wood, particularly soft bark, I began to gently wiggle the nail head back and forth, all while pulling it straight out. I couldn't get it to come out.

While wiggling the nail, I happened to give it a bit of a twist, and suddenly, my mental model of the hidden part of the nail changed.

Oh, the nail had been pounded in at an angle and then bent. With the new understanding, it came out in seconds. 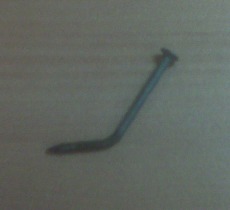 A small shift in thinking had a huge impact on my ability to remove the nail without tools.

Several weeks ago, I moved into a newly renovated office space. In each area of the office, the lights come on automatically as one walks into or through (or out of) the area. After some time without any motion, they turn off automatically.

Last Wednesday, I noticed that they weren't coming on. So, I went over to the sensor and waved at it. Still no lights. Shrugging, I returned to my desk and turned on a lamp. There was enough ambient light to see the keyboard and the screen lights up, so there was no real need for lights anyway.

The next day, same thing. I happened to see the office manager in the break room, so I asked him about it. He said, "That's odd." We walked over to my area, and sure enough the lights didn't come on. Then, he said, "Oh, I know what it is." He walked over to the door into the area from the hallway and flipped a light switch. The lights came on. And the motion sensor has worked since.

Now, I have known about light switches since before I can remember. So it was really odd. The office manager mentioned that when this had happened to him a week or so earlier, he had had to ask someone too. While trying to get a light to come on, why didn't we think to look for a switch?

This is an interesting bit of human nature. If something is done for us long enough, we forget how to do it for ourselves. In this case, only a couple of weeks of having something done for me was enough to disable me. I can't help but see a parallel with the "Nanny State" and believe that it is not necessarily good to do things for people when they are capable of doing for themselves.
Posted by Bruce Conrad at 10:48 AM No comments:

Zero is a number too

But, it is not the number two. However, homophones in English is a different topic (visit this website too to learn about to, two, and too).

Zero is considered a natural number, but we sometimes don't naturally think of it.

This was my case in a previous post, in which I called a fortune self-defeating.

That fortune was actually self-fulfilling.

Since zero is a number, it can also be a sum. The fortune predicted that I would inherit an unexpected sum of money within the year. Until I pulled that little slip of paper out of the cookie, I had not expected any inheritance. Once I had read it, I began to expect one. It never came. In other words, I did indeed inherit an unexpected sum of money!

Just over a year ago, we went out to dinner. As usual, I played with my food.

Departing from custom, I actually kept the fortune from the fortune cookie. And carried it around in my wallet for over a year.

I really need a better camera.*

It reads, "You will inherit an unexpected sum of money within the year."

Once the fortune alerted me to the "sum of money" it was no longer "unexpected" (and was, in fact, actually hoped for) and therefore the inheritance could not occur without contradicting the terms of the fortune.

P.S. Until this post scriptum was added, it went without saying that the expected "unexpected sum of money" was not inherited "within the year." 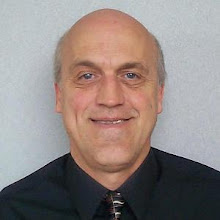